Home / News / Women in Management- A Showcase of Diversity 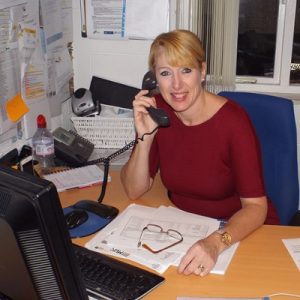 Women in Management- A Showcase of Diversity

As the years go by, the International Women’s Day movement gathers momentum, and more and more awareness is raised of females campaigning for equality and innovating for change.

Diversity is a word most, if not all companies will tell you is something they adopt and promote – perhaps without the data or evidence to back it up.

Stereotypically, it’s fair to say that the highways and construction sectors have been portrayed as ‘a man’s industry’, however, the presence and success of influential females within these sectors continues to grow.

This is celebrated and exemplified by organisations such as ‘Women into Construction’ and the Women in Construction Summit – which will take place on May 16th this year.

One woman who has been in the industry for a number of successful years and climbed through the ranks to now head a company strategy and vision is Anne Ashman of MVIS and Bartco UK.

Anne began working at MVIS & Bartco in 2011, prior to the company’s involvement in the London 2012 Olympics, initially coming into the business as Office Manager.

We spoke to Anne about the presence of females in the sector, how times are definitely changing, and if there are still any barriers to females in the highways sector.

We asked Anne, ‘how did you first get into the highways industry – given its reputation as a ‘male industry’?’

“Purely by chance, there was a sales job advertised and I wanted an exciting new role.

“I applied after being a purchasing manager for years, the company only had two employees and I felt my organisational skills would be of huge benefit to the company- especially when I knew it was aiming to win the 2012 Olympic project.

“During the interview, I talked the then Director into a full-time role as the office manager rather than a part-time role in sales – showing my determination.  After we won that project, I was a huge part of getting the goods into the country, working with customs and excise and shipping agents, in addition to working with the guys on the ground to help oversee the operational side.”

And is there a big change in the number of women in highways and construction in the 8 years you’ve been involved?

“There’s a noticeable change, but it’s fair to say women in construction are still a minority.

“The number is certainly growing and if you walk around some of the major exhibitions there are certainly more females on stands as the face of the company with product and service knowledge. At Traffex 2019 I noticed there were far more females present than ever before-  and not just in the capacity of marketing as in previous years.

“Another noticeable change is seeing more and more women finding roles in the sector that perhaps in the past may have been blocked off.

“We’re starting to see ‘the first female…’ being mentioned in a variety of ways whether it be Traffic Management Operatives or Road Markers and that’s just fantastic to see.”

As a female, have you encountered any resistance or attempted barriers to ascending a company in the sector?

“Oh yes, even being told that I was a ‘woman playing in a man’s world’ which if I’m honest just makes me dig my heels in and be more determined.

“Gender should be absolutely irrelevant when it comes to the workplace, it should be about the best person for a role and should be indeed purely about getting the job done.”

And do you still encounter anything like this in 2019?

“Rarely, but unfortunately, yes. It’s fewer and further between nowadays, but it exists. In fact, the ‘woman in a man’s world comment wasn’t actually very long ago at all!

“Anyone who knows me knows I have a very strong personality and am extremely passionate about the company and my role within it.

“But the facts are, it should be about the qualifications, skills and experience of a person. I shortly will have completed a business management degree – I am just one exam away from the golden goal, after working my butt off for the last six years.  This adds to a string of other qualifications in HR, accounts, health & safety etc. that I have, so I never stop trying to learn and better myself – and the company with it”.

With that in mind, what would you say is the key for any female embarking on a career in this sector, or any sector that may be portrayed as male dominant?

“Firstly, stay true to yourself. You know you have a battle on your hands before you come into a stereotypically male orientated sector.

“Secondly, be respected for your mind and what you bring to the table and respect the people already in the sector who have knowledge to share – whether they are male or female. Also, be prepared to get stuck in – I am at my happiest when I am out on the ground in high-vis with the lads from my team, be it battery changing or delivering if the need arises.

“Finally, remember what you have to offer and that everyone in any role should only have to prove they’re capable of doing the job.”

You can meet the rest of the MVIS team here, and can keep up to date on all our news by following us on Twitter @MVISltd