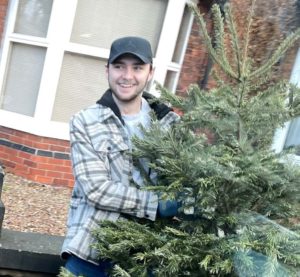 MVIS Help Out with Treecycle

Every year, hundreds of Christmas trees are cast out of homes and taken to the tip or just left in gardens for days or weeks whilst the normal routine of life kicks in.

Ashgate Hospice offer the local community a ‘Treecycle’ service, allowing people to pay £15 to have their trees removed in a hassle-free way that is also good for the environment. Each tree is chipped and recycled, offering a sustainable way to dispose of your Christmas tree as well as raising important funds so that the hospice can continue to provide end of life care throughout 2022.

In order to do this, Ashgate Hospice have a serious job on their hands. Relying on volunteers with the means to do so, Ashgate Hospice plan routes accordingly for people to follow, picking up the trees one by one, then taking them to a local farm to be converted into biomass fuel. 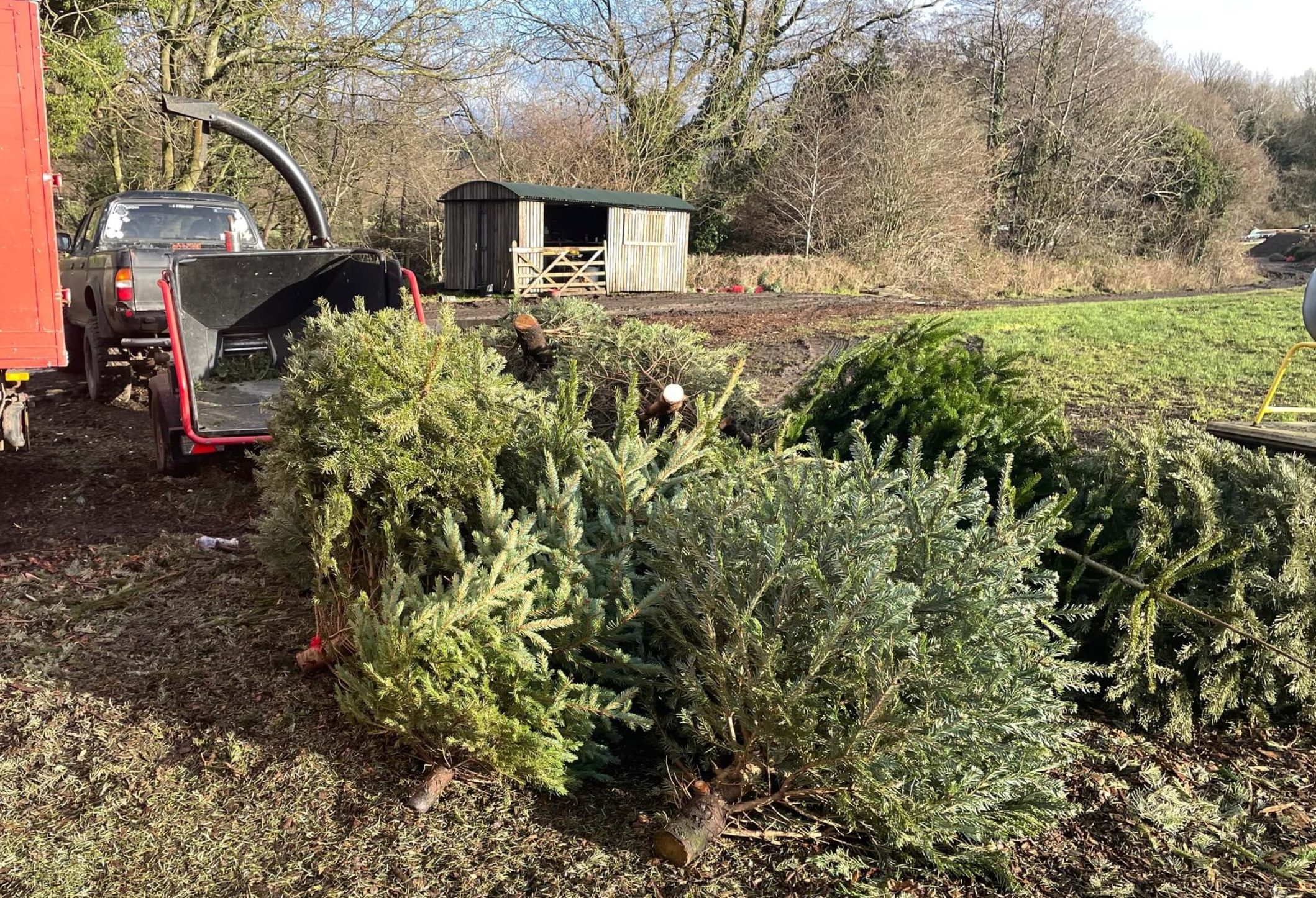 MVIS’s own Anne Ashman, Sean Brown and Ben Ashman were amongst those volunteers during the 2nd weekend in January 2022, collecting 29 trees for Ashgate Hospice in the Chesterfield and Matlock community, helping them to raise the equivalent of £435 in tree collections! 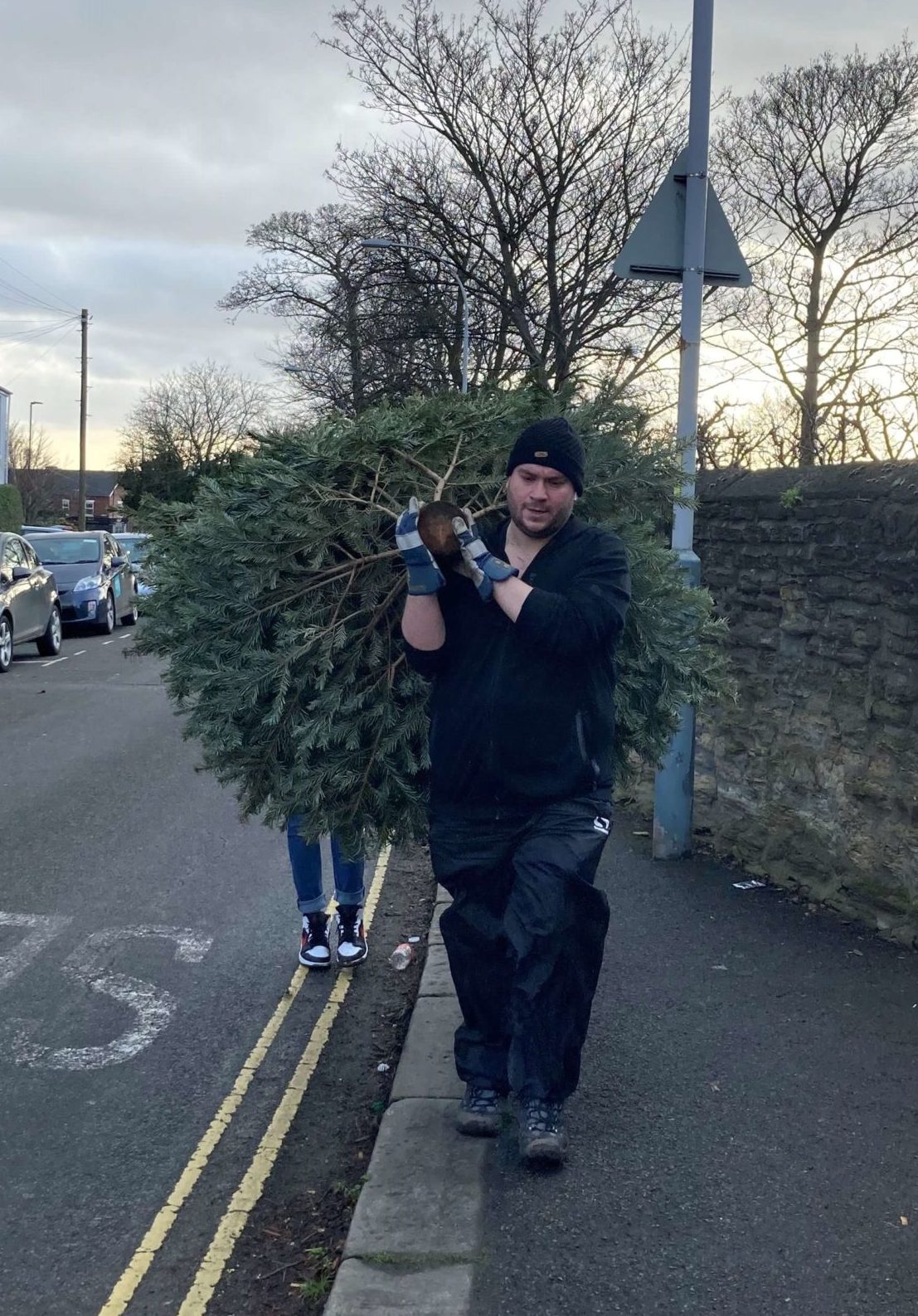 Not only this, but Ashgate also used one of our VMS-A units to help spread awareness about the campaign, located in the car park of a popular local supermarket, offering maximum exposure to the message and helping even further to raise the much needed funds that allow Ashgate to continue offering their compassionate service. 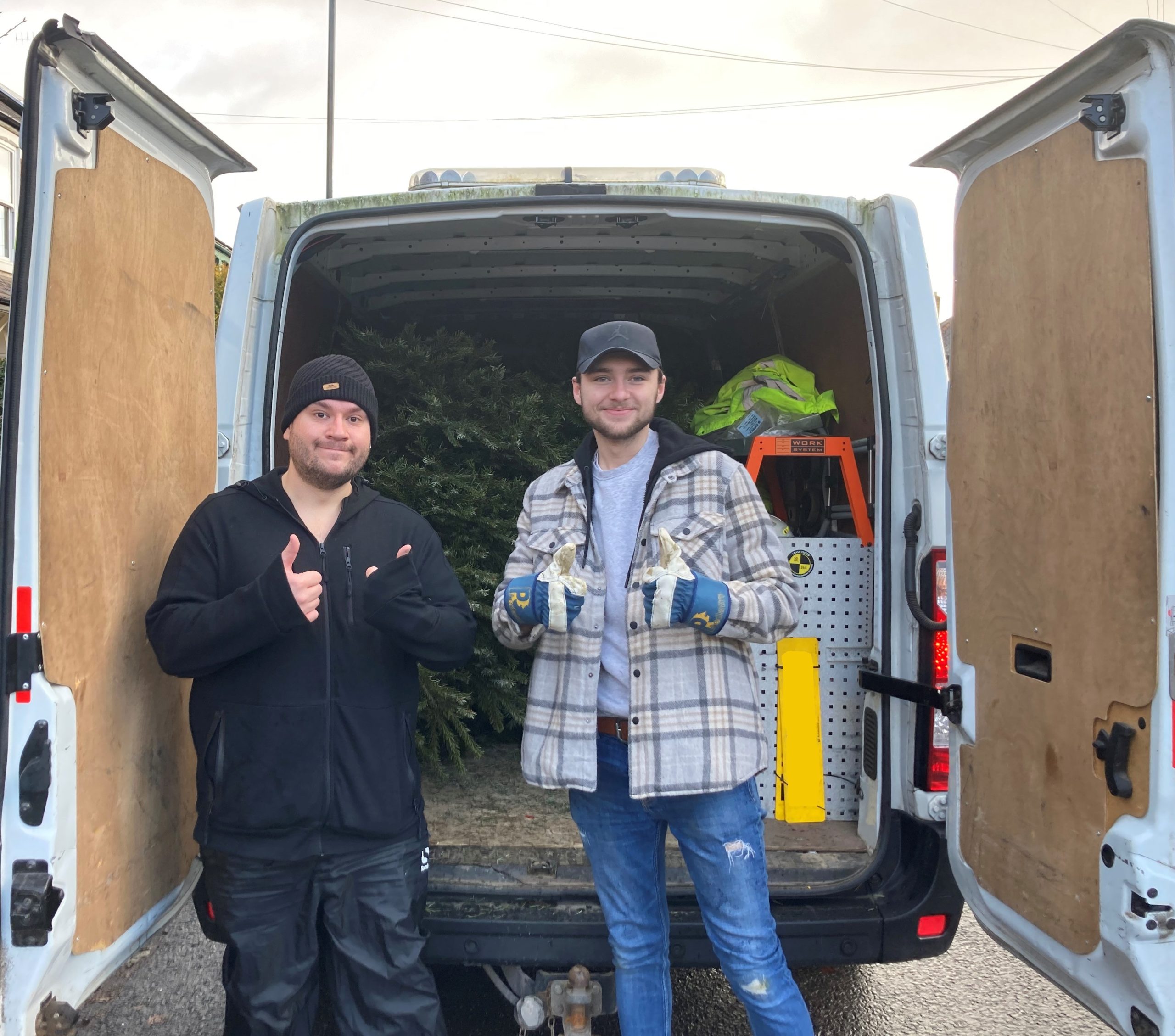 This follows in a long line of fundraising activities that MVIS have conducted for Ashgate Hospice, last year contributing over £11,000 in a combination of financial donations from fundraisers and gifts in kind, in the form of our portable variable message signs to help with raising awareness.

The conversion of the trees into biomass fuel is a known way of making them productive even after they have served their intended purpose. The trees absorb carbon dioxide from the atmosphere, using photosynthesis to essentially help them grow. When a tree in the wild dies, it rots and a lot of the carbon is released back into the air as carbon dioxide, as well as potentially producing methane too, which is 21 times more potent than carbon dioxide. By using biomass as a source of energy, we are using that energy in a productive way rather than it being lost to nature. 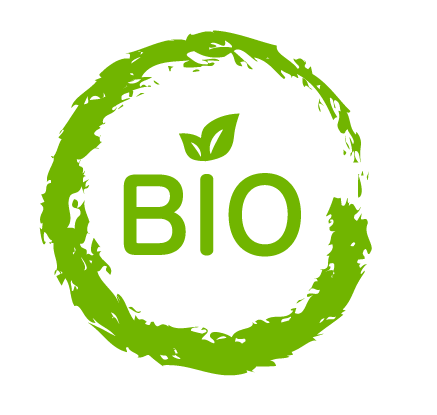 Compare this to burning fossil fuels, which releases carbon into the atmosphere, often from ancient geological reservoirs. Burning biomass fuels is intercepting a cycle that is already taking place rather than disrupting carbon reserves that would have stayed inside the Earth untouched for a very long time to come. What’s more is that modern biomass systems are highly efficient. Considering the most popular alternative fuels for heating are fossil fuels and these energy costs are significantly increasing at the moment, recycling Christmas trees into biomass offers a fantastic way to solve more than one problem.

Anne Ashman, UK Group Commercial and Operations Director commented, “It’s great to be working with Ashgate Hospice on a scheme that not only helps them, but also helps the community and the environment. It’s rare you come across an opportunity to do all 3 in one initiative and helping these trees to be recycled gives us piece of mind that they are being useful even after they are no longer wanted by those who purchased them.”

Anne continues, “Taking part in the Treecycle this year was hard work but very rewarding and a lot of fun. As we continue into 2022, we are all excited to see what other fundraising ideas we can give the MVIS touch.”