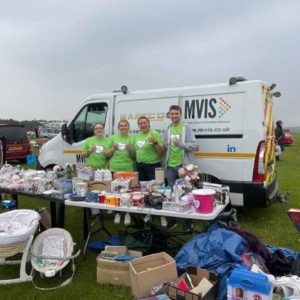 MVIS is a company known for its community and charitable work. Corporate Social Responsibility (CSR) is of paramount importance, and the company continues to give back to its community in a number of ways.

Most recently, MVIS has taken part in a local car boot sale, with all proceeds being donated to Ashgate Hospice.

Ashgate Hospice care is a charity (no. 700636) that provides compassionate, specialist palliative and end of life care, free of charge, to patients with a life-limiting illness and their families across North Derbyshire.

The Hospice vision is that everyone in North Derbyshire with a life-limiting illness, and the people important to them, can make the most of every moment together and that they can die with dignity and comfort.

Ashgate is not an NHS hospice, with less than 30% of its total income coming from local NHS health budgets.

MVIS Group Commercial and Operations Director Anne Ashman spoke to us about why MVIS and Bartco UK are getting behind Ashgate Hospice:

“For me personally my grandma died of cancer when I was 14.” Anne began.

“She lived with us for 3 months prior to that and my Mum had to be her carer with no support, which had a massive effect on the whole family.

“Had somewhere like Ashgate been around then it would have made my Grandma’s life much more comfortable, as well as making both Mum’s and our entire families much easier. To see someone who you love dying in front of you and not be able to help their pain is something I will always unfortunately hold with me.

“More recently, a friend of mine who is in his early 50’s has died. He, however, had a very different experience. He had Ashgate nurses visit him multiple times, which allowed both he and his wife the time at home together they needed and gave them a huge amount of support, allowing him to pass at home with dignity.” 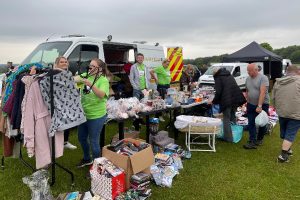 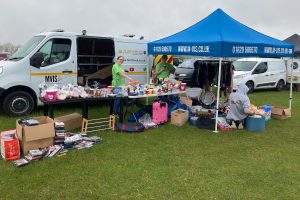 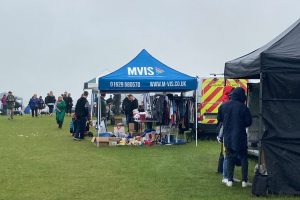 The car boot sale took place in nearby Tansley with 4 MVIS, and 1 Bartco UK staff present to run the stall.

At the end of a very wet day thanks to the Derbyshire rain, MVIS raised a fantastic £312.50 for Ashgate Hospice.

Additionally, with a large amount of goods unsold, all remaining items have been donated to Ashgate to sell via its own charity shops.

“The work Ashgate Hospice does is extremely noble and the fantastic care it provides for people with life-limiting illnesses, as well as their families is honourable.

“As a company, we’re delighted to be able to support local causes such as Ashgate as they continue to contribute so much to local people and their loved ones. As a team, we had a lot of fun today despite the wet weather, and knowing every pound we raise makes such a difference to the cause makes it all worth it.

“Following this, I have also signed up to take part in their 17-mile charity walk on the 10th July,  and we are also taking part in a ‘cuppa and cake event soon’ as we continue to support their efforts.”